End of season with highlight

The Specialized RockShox Rookies Cup said goodbye to its fifteenth season with the last race of 2022. Schladming hosted the event for the first time and also had the highlight of the year in store with the iXS International Rookies Championships.

When it was announced at the beginning of the year that there was a new host in the Rookies Cup, who would also take over the Rookies Championships at the same time, the joy was great, because no less a place than Schladming was following in the rather large footsteps of Serfaus-Fiss-Ladis. The former venue hosted the much-acclaimed event for downhill youngsters six times from 2014 to 2019, but unfortunately did not return after the pandemic-induced break. So Schladming seized the opportunity and will now not only be the favourite venue of the World Cup pros, but also of the future elite. 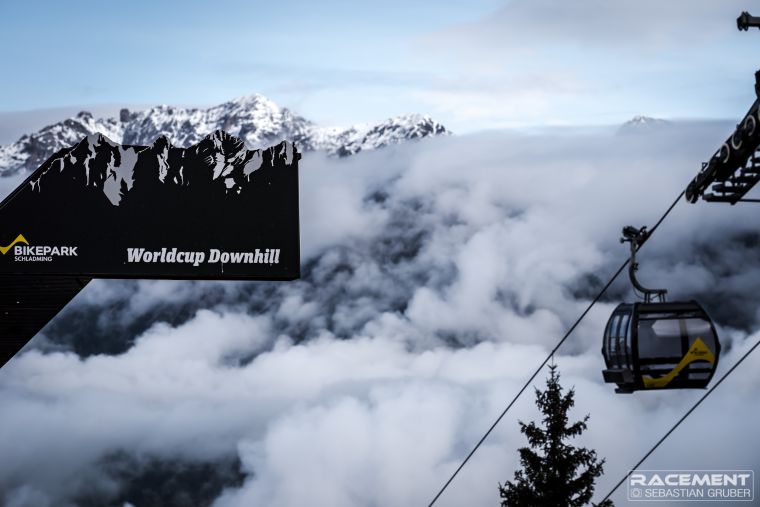 The special thing about the event is that the Rookies Cup is more or less the precursor to the Rookies Championships. However, this should in no way diminish the importance of the last round of the series, as the last important points were at stake in order to have an influence on the series result. So there was a palpable tension in the air right from the start. After the track walk on Thursday, the training started on Friday. The modified World Cup track, which of course had also been shortened somewhat in length, offered quite a bit of line choice. After the time was used wisely, the seeding run started after noon. The weather was better than forecast and although the surface was still quite wet and slippery in parts, the conditions were quite acceptable. The protagonists showed what to expect for the weekend and revealed their ambitions for the following days. 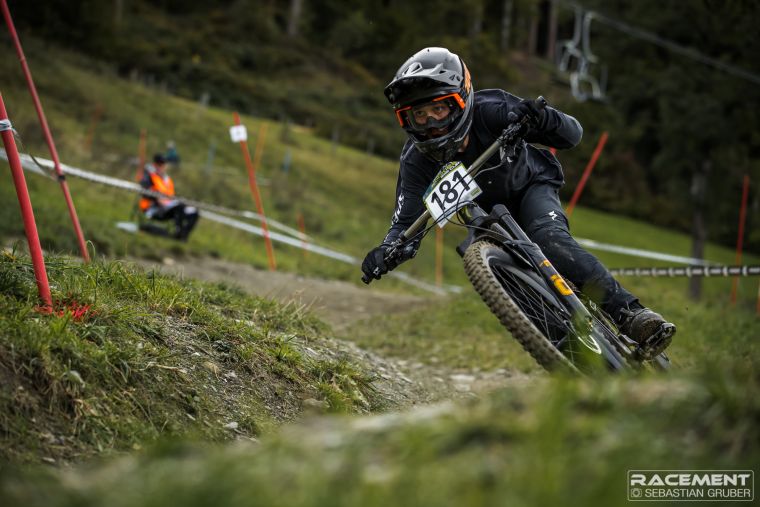 Boys U13 rider Juliano Lavergne (FRA - Gen-S) was one of the podium contenders of the weekend.

Saturday started cloudy again, but at least it was dry. After the morning training session, it was all about the last points for the overall ranking and of course the day's victory in the very last race of this year's Specialized RockShox Rookies Cup. More than 260 athletes from 20 nations had travelled to the event. It all started with the newly introduced U11 class, which offered 37 kids a platform for their first racing experience over the season. With this number and the performances offered, the very youngest exceeded expectations. In some classes nothing was decided until the last race, so that extremely exciting racing was on offer. A look at the overall standings is worthwhile for all those who want to know which names will probably play a role in the World Cup in the far future. 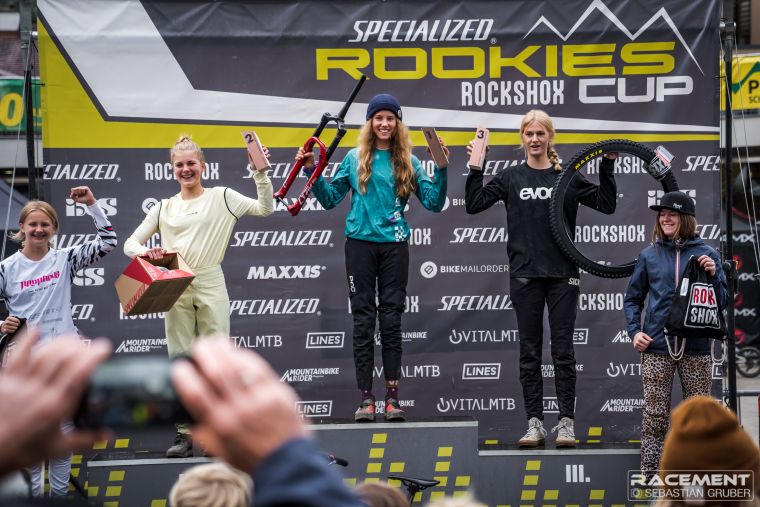 On Sunday, the highlight of the season was on the agenda. For about 180 riders in the U13, U15 and U17 categories, the prestigious titles were up for grabs at the iXS International Rookies Championships. This unofficial world championship for all classes, for which the UCI does not offer a world championship, has already produced some names that now belong to the absolute world elite, for example the reigning world champion Valentina Höll (AUT), junior world champion Izabella Yankova (BUL) or the Red Bull Hardline winner Jackson Goldstone (CAN). So it was a special race, which was the crowning end of the season on the special track in Schladming. 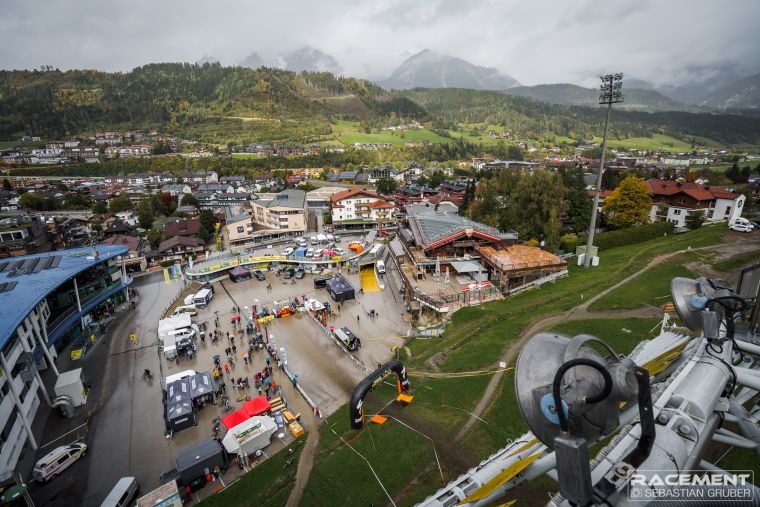 First up was the U13 Boys. Already on the previous day, the results in this class were extremely close and thus the circle of favourites was large. Due to the conditions, it was clear that the times would probably be a little slower. The title went to Juliano Lavergne (FRA - Gen-S) with a time of 2:49.478 minutes, beating the previous day's winner Reid Simpson (GBR) by only seven hundredths of a second. Third place went to Riccardo Vender (ITA - Centro Bike Val di Sole). 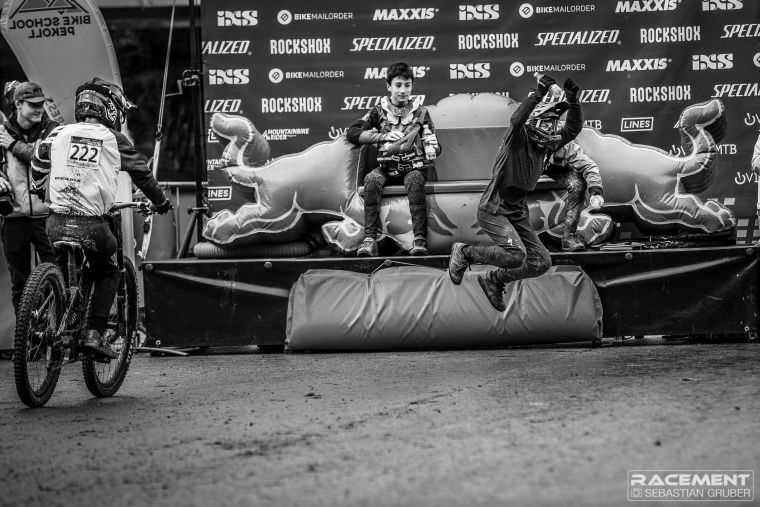 Juliano Lavergne is happy about the victory

In the Girls U15 category Rosa Zierl (AUT - DH Team Tirol) delivered a sensational race run and relegated Lena Frener (AUT - Team Propheus) to second place with a time of 2:51.779 minutes and a lead of 4.5 seconds. Rosa Marie Jensen (DEN - Gen-S) needed only one second more to finish third. So the result was the same as the day before and Rosa Zierl proved that her U13 victory at the last Championships in 2019 was not a one-off. 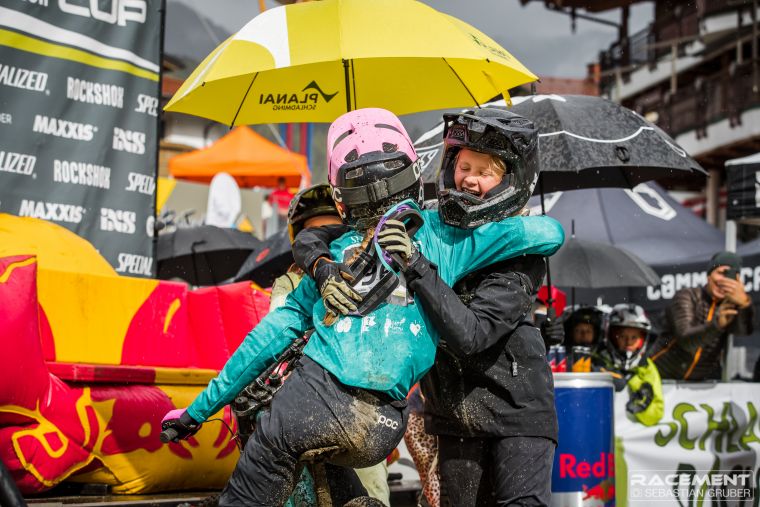 In the Boys U15 class, which started afterwards, it was the previous day's runner-up who decided the race in his favour this time. With a time of 2:41.764 minutes and a lead of almost 2 seconds, Azbe Kalinsek (SLO - Bikehanic-20Chocolate) relegated his opponents Levin Klausmann (GER - Klausmann Suspension/Propain) and Paul Schmidinger (AUT - Bikesport RC Kremstal) to the following places. 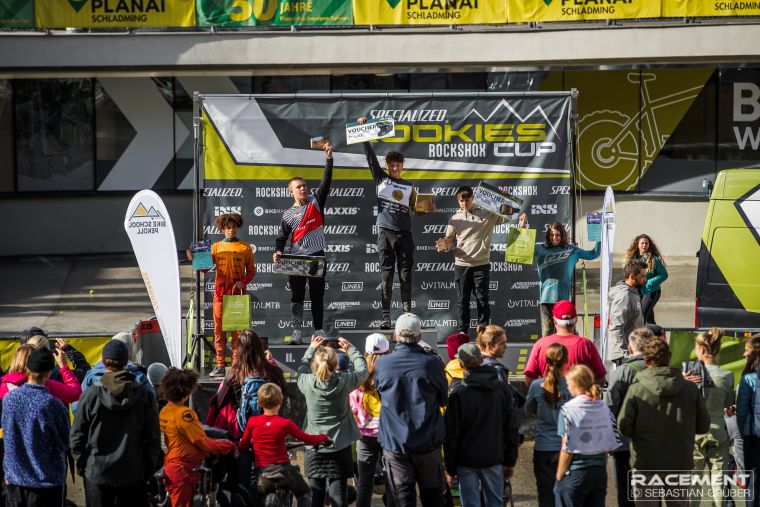 In the Girls U17 class the podium went to Amelia Dudek (POL), Karolína Kadlecová (CZE - X-Ride Team Racing Lešná) and Nelly Jo Fischer (GER - Radlager Racing Team). In the male U17 class, Mike Huter (SUI - Gamux Factory Racing) was able to complete the Hattrick, as he was able to call himself Rookies Champion in all three age categories by achieving the title in this class. The Swiss rider needed 2:35.539 minutes in the beginning rain and thus set the best time of the day. Oliver Vogl (AUT - DH Team Tirol) was 4 seconds behind in second place, followed by Riko Mäeuibo (EST - AP/saglab racing team). 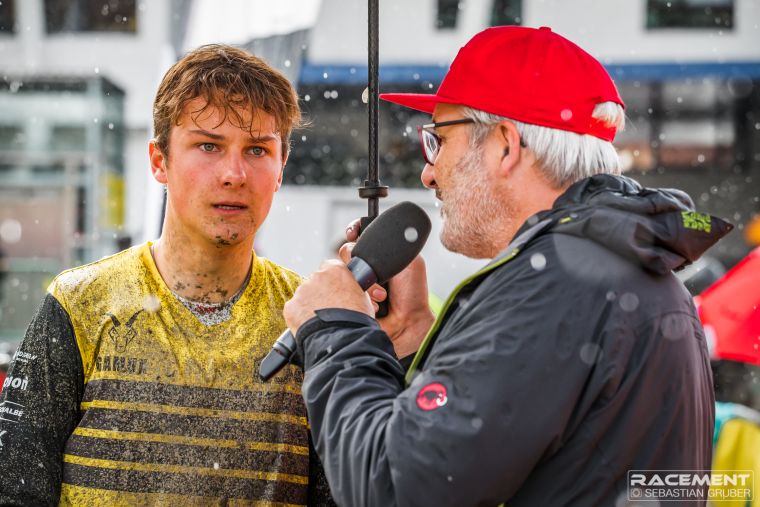 "My run was awesome despite the bad weather. I'm really happy that I was able to do such a great run in these conditions."


The premiere of this event in Schladming was a complete success. It was the perfect end to the season and so the participants will now go into the well-deserved winter break with a hopefully satisfactory result. In a few weeks the 2023 calendar will be published and already now a well-filled season is on the horizon.