Highlight of the Rookies Cup

St. Kassian hosted the fourth round of the junior series and offered a relaxed race weekend with beautiful weather and an incredible panorama. The participants from 12 nations offered top-class sport on a long course at extreme altitude.

This year's Specialized RockShox Rookies Cup consists of five races in three countries. Last weekend, the fourth race was held in St. Kassian, Italy. In 2018 and 2019, the town, located high up at around 1,500 metres above sea level, was already the venue for a race in the series. St. Kassian belongs to the municipality of Badia and is idyllically situated at the foot of the imposing rock faces of the Cunturinesspitze, the Piz Lavarela and the Lagazuoi. For some time now, the Alta Badia region has also been a popular destination for mountain bikers, as the Bike Beats trails begin at the summit of Piz Sorega next to the arrival point of the cable car. 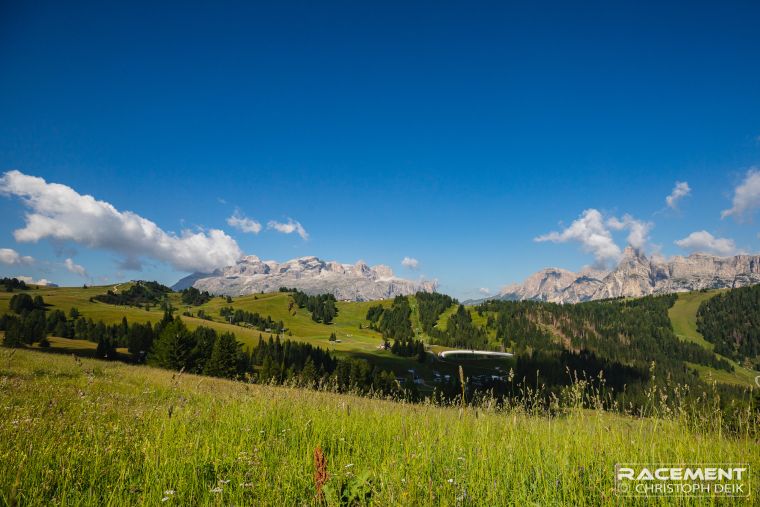 In addition to the scenic experience, the race also shone with perfect weather conditions. Summer temperatures and bright blue skies pampered the participants and their fellow travellers. Thus, the atmosphere on both race days was very pleasant and relaxed. The event started on Friday evening with the pre-race party in the Bar Frohsinn directly at the finish line. 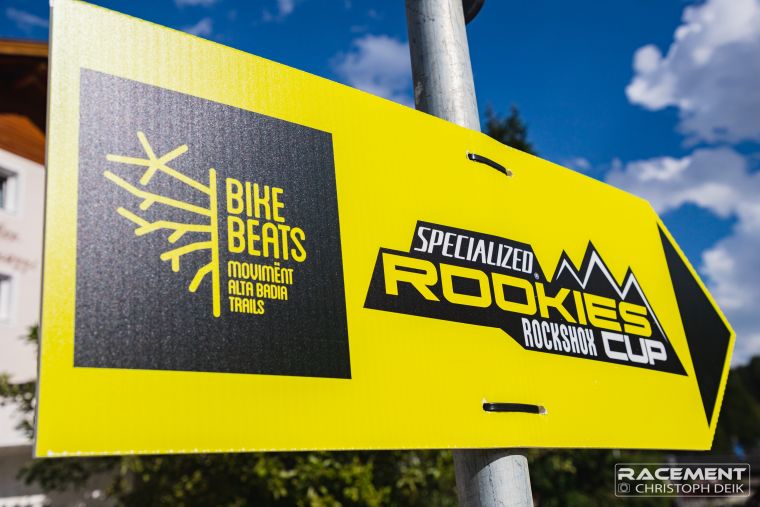 Saturday began with the official practice. The riders had five hours to memorise the course and choose the lines. Although the course was not exactly the most difficult of the season, it was extremely demanding due to its length of over 3.3 kilometres and a whole 440 metres of altitude. The Rookies Cup deliberately chooses very different race tracks in order to demand the full range from the youngsters. At the end of the season, those who are best able to cope with the various conditions are at the top of the series ranking. A major difficulty of this course was finding the exact braking points and staying focused over the entire length. The extreme altitude of the competition site also played a role, so the performances of the Young Guns must be rated very highly. 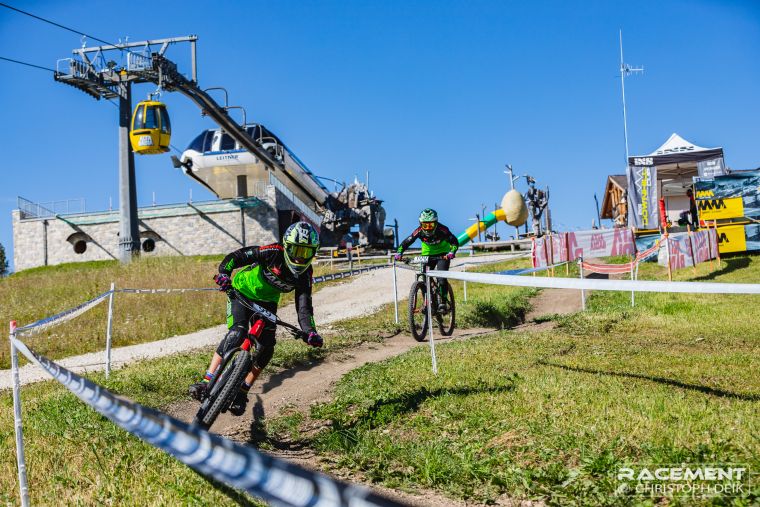 In the seeding run, the respective classes fought for the best times, but also for important points for the overall rankings. At some points, real duels developed, with position changes occurring again and again between the individual races. The competition between Juliano Lavergne (FRA - Gen-S) and Riccardo Vender (ITA - Centro Bike Val di Sole) in the Boys U13 class or between Rosa Zierl (AUT - DH Team Tirol) and Rosa Marie Jensen (DEN - Gen-S) in the Girls U13/U15 class is certainly interesting. 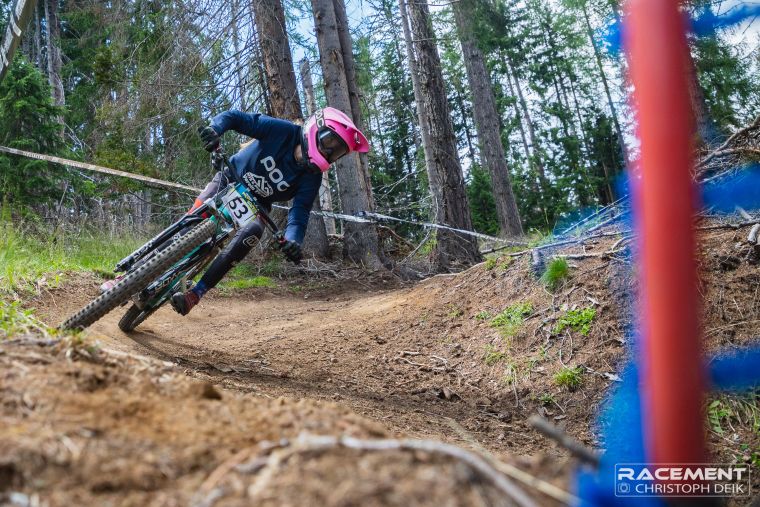 Sunday was again similar in terms of conditions. There were three more hours of training to prepare for the race. The race started punctually at 11.30 am. However, the aforementioned duels could not be continued in a regular manner because Rosa Marie Jensen could not start due to a training injury and Riccardo Vender could not finish his race run due to a fall. The winners in the youngest classes were Tom Alsenheimer (GER - VPACE Kids Racing) in the Kids U11, Juliano Lavergne and Raoul Schneeberger (SUI) in the Boys U13 and U15 respectively and Rosa Zierl in the Girls. 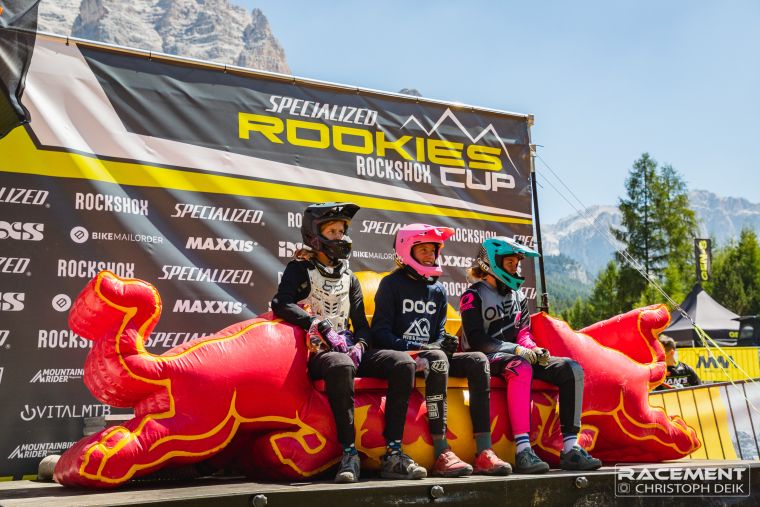 In summary, St. Kassian was probably one of the highlights of the season. The organisation was excellent and provided the perfect setting for the young athletes. The athletes, in turn, provided plenty of action on the race course and thus the race was simply outstanding. 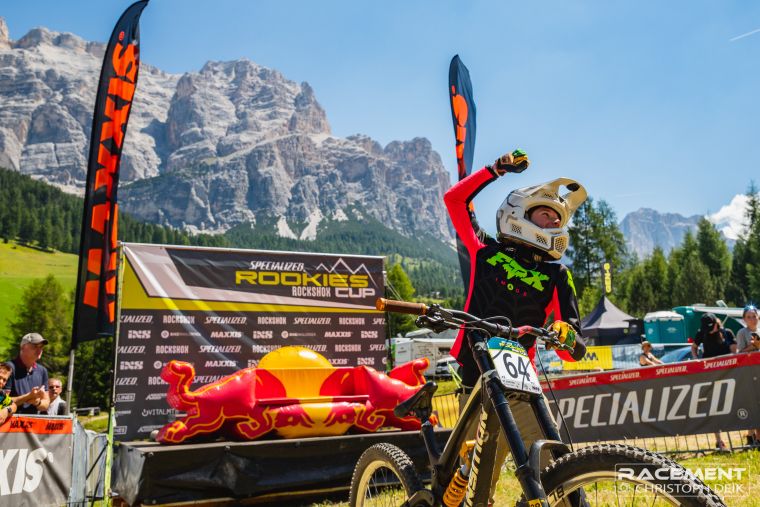 In addition to the Rookies Cup race, the fourth round of the VPACE Kids Cup took place in St. Kassian on Saturday, making its first stop in Italy. Almost 30 kids from five nations aged between five and ten went to the start of the two short race tracks and gained their first experience of downhill competitions. As always, the fun was in the foreground, but nevertheless, in the first full season of the series, one notices that the level is rising and some talent is already recognisable there as well. 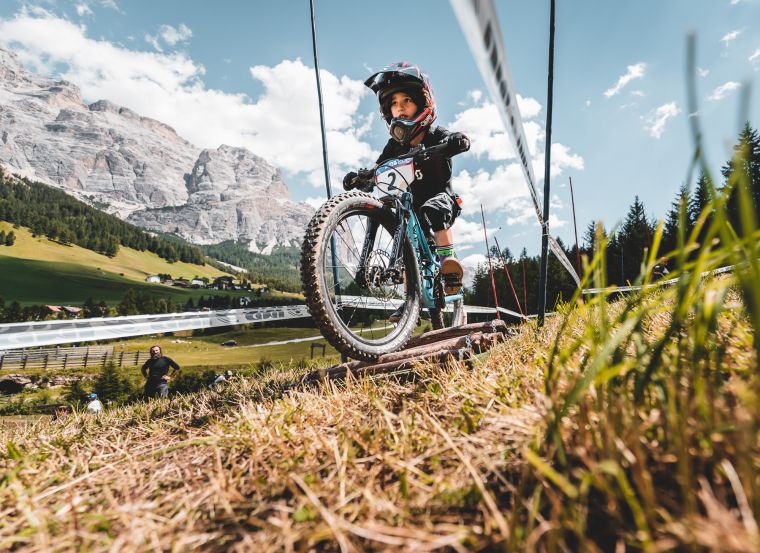 The Specialized RockShox Rookies Cup will now take a break for a while before the finals are held at the end of September in Schladming, Austria, together with the iXS International Rookies Championships.